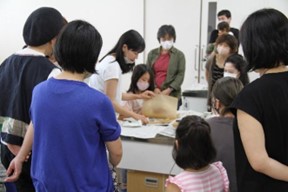 The power of a global month of action is exemplified by Kikuchi City Library in Japan, where plastic avoidance ideas are showcased for Plastic Free July to coincide with plastic-free initiatives from around the world.

A perfect space for the ripple effect of new ideas

The design aesthetics of Kikuchi City Library pay tribute to the environment. Located in Kikuchi City in Kyushu, Japan, the library integrates curved bookshelves to form a ‘book river’, acknowledging the cultural and environmental importance of the Kikuchi River. The ‘book river’ starts with low shelves in the children’s area and gradually expands to a large space with interactive nooks to bring patrons and ideas together. Although unintended, the design elements mirror the way Plastic Free July often starts by encouraging people to tentatively wade in the shallows before immersing themselves in proactive ways to reduce single-use plastic, a ripple effect that expands to others.

Plastic reduction ideas are inspiring in any language

Wrapped in workshops: from Furoshiki to Beeswax and beyond

Library staff shared popular ideas and switches through workshops, starting with a beeswax wrap-making workshop along with informative discussions about the UN’s Sustainable Development Goals (SDGs) as well as initiatives from other countries through a ‘Plastic Free Life in New Zealand’ talk hosted by staff.  Shinoka said that attendance numbers more than doubled from those in the previous year.

The library also hosted a Japanese traditional bamboo fan making workshop (来民渋うちわKutami-shibu uchiwa) attended by young people through to seniors. The fans have a long history and have been made using bamboo, washi paper and persimmon varnish since the 15th century. The workshop shared other plastic-free switches included bent-wood lunch boxes (曲げわっぱ) and traditional Furoshiki wrapping cloths (風呂敷).

To celebrate a full month of plastic reduction ideas, at the end of July, patrons of all ages discovered some of the issues around microplastics and then produced an acrylic alternative to a common household item in a hemp scrub making workshop. Shinoka explained how productive the discussion was when teamed with a hand-made solution: ‘Everyone really enjoyed making the scrub. And it made them think about the earth!’ she said.

To complement the workshops, Kikuchi City Library organised a plastic-free Eco Market where patrons were encouraged to ‘BYO containers, cups and cutlery’. The market was promoted via posters and offered a taste of plastic alternatives including bulk shopping items, fresh vegetables, plastic-free meals including curries and sandwiches, and coffee. Since the ‘BYO culture’ is just starting to gain momentum in Japan, the market aimed to provide exposure to issues around single-use plastic to a broader audience, and the idea paid off.

‘I was surprised that more than half the customers brought their own containers and plates for their lunch,’ Shinoka said. 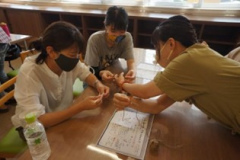 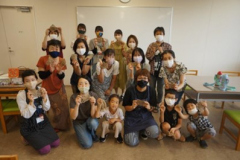 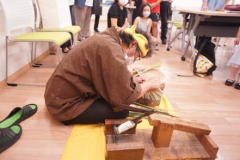 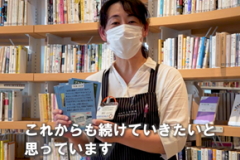 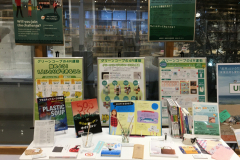 Inspired? You Can Do This Too 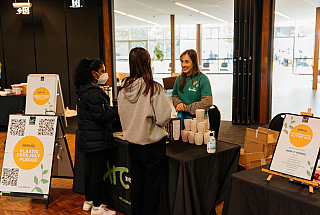 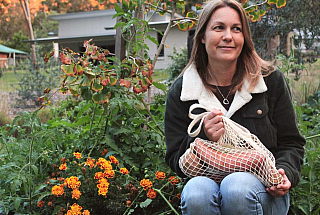 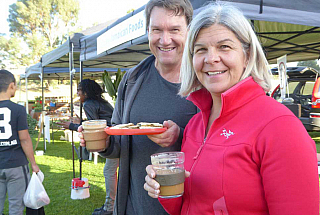 How Lucie said ‘goodbye’ to the top four single-use plastics

What did you do for Plastic Free July?

Please share your story – what you did, the challenges and barriers and your successes. Where possible we will then share this to inspire others in their efforts to reduce plastic waste, grow the movement and amplify the impact.